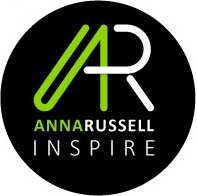 NZ Herald - Use Competition to Succeed

The word competition actually means 'to strive together'. How can this change in thinking lead to better performance?

I recently heard someone describe their competition in a race as essentially being the enemy and trying to take away something that they had earned.

It's an interesting mind set and one that I prescribed to initially, my favourite race quote being one from Steve Prefontaine - "someone may beat me today but they're going to have to bleed to do it".

It was only once one of my competitors, during my time racing as a professional, sent me a book called 'The Way of the Champion' that I realised that that mind set was not conducive to succeeding. The word competition actually means 'to strive together'.

How can this change in thinking lead to better performance?

It's not about comparing - it's about growing

When you race at an elite level the physical differences between athletes is minimal, but yet someone will still win the race.

A sport psychologist I talked with, at the High Performance centre in Cambridge, has found that the ones who perform well have a high degree of self-awareness.

You see this in high performing athletes who don't obtain the result they were after, it is never about the conditions, the competition, the equipment - it is always about what they need to improve and how they can grow from the experience.

You can see this in the following quote from Nick Willis after he ran his season best mile, but was fourth:

"I ran way too cautiously the final 600 metres, allowed everyone to swamp me and wasted any chance I had at a top finish.

In the corporate world this has been called having a 'Growth Mindset' (discovered through the work by Carol Dweck). With so many people trying to climb the corporate ladder it is easy to see your colleagues as competition.

But in reality those who progress are the ones who understand that the more they can surround themselves with capable and high performing people, the more they will grow and develop.

As I talked about in my last article on how not to fear failure, outcomes or results are very rarely in our control.

Those who view success purely as beating their competitors, rather than focusing on how they go about preparing for competition, may have short-term wins but will not experience personal growth and development.

This growth is what results in long-term sustained success.

In an interesting interview with author Ashley Merryman she talks about the fact that dopamine levels (reward and pleasure) are higher when we are in pursuit of a goal, the process, rather than when we actually achieve a goal, the outcome.

From the space that I come from, Ironman racing, this term is coined 'The Ironman Blues' - you may have a post-race high, but often you will experience longer-term lows irrespective of whether you achieved the result you wanted or not.

In a work situation this can often happen when going for a promotion, or having a performance review. If we become so focused on the end-result, or being better than our peers, we often lose the opportunity to grow and develop from the experience.

Next time this situation arises for you don't think at all about the other people around you, the 'competition', other than wanting them to be the best candidates or colleagues possible. That way, get the role or not, achieve a high performance rating or not, you will grow regardless.